The company is named after Oleg Antonov - one of the most outstanding and renowed designers in the history of aviation. He held numerous awards and titles from different countries. His portrait was placed in the Hall of Fame of the International Aerospace Museum in the USA.

Antonov founded his enterprise in 1946 and headed it until 1984. He started the basic traditions which his successors keep today.

The first aircraft marked with AN logo took off in 1947. It was the multipurpose biplane the Antonov-2 - the only aircraft in the world in serial production for more that 60 years. Each aircraft that followed - the Antonov-8 cargo plane, the Antonov-10 passenger plane, and the Antonov-12 military-transport plane - marked a new stage in the history of Soviet and world aviation.

1959 is the year of maiden flight of the Antonov-24 - the regional passenger plane that became "a work horse" of many airlines accross the world. It became also a basis for an exclusively successful family - the Antonov-26 freighter, the Antonov-30 aerial photographer, and the Antonov-32 intended for operation from/to mountain airfields.

The best creations of the enterprise are the Antonov-124 Ruslan and the Antonov-225 Mriya that remain the world's largest aircraft and holders of 270 world records. They are widely used as cargo carriers throughout the world.

At the turn of the centiry, ANTONOV created new competitive aircraft meeting stringent international standards - passenger planes the Antonov-38, Antonov-140 covering the entire spectrum of services provided by regional airlines and, of course, the military STOL transport Antonov-70, which is able to provide higher mobility level of military foces and to perform various missions in emergency situations.

Nowadays, one of the most advanced international Antonov program's is development of new generation of regional jets family Antonov-148/158. 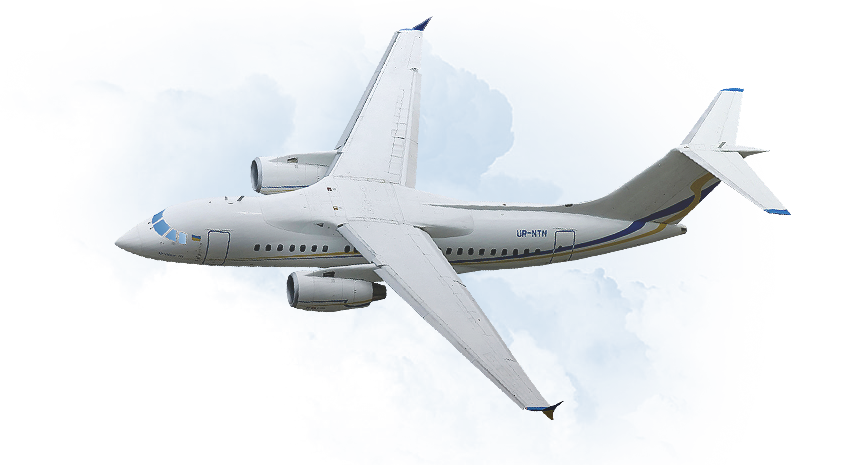 At present, many airlines are considering possibilities to renew their fleets of regional and short-haul airplanes. The reasons are the expiry of the service life of their current fleet, more strict requirements to the ecological level, the impending introduction of the noise requirements of Chapter IV of the Annex 16 of the ICAO Convention

The new AN-148 regional jet meets all of these and other future requirements. In order to satisfy the requests of various airlines a whole family of aircraft offering different passenger capacity, flight range and take off weight was designed. Commercial operation of AN-148-100 aircraft began in June, 2009.